Lionel Richie is releasing a country album in March. The singer will debut the songs at the 45th Annual CMA Awards. 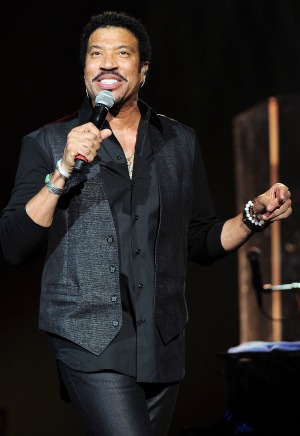 Hello? Is it a cowboy you’re looking for? Lionel Richie is moving from R&B to an entirely new realm for the record-breaking recording artist: country music.

The “All Night Long” singer — who happens to be the dad of Nicole Richie — is releasing a country album called Tuskegee in march, and he will give fans a sneak listen of the tunes at the upcoming 45th Annual CMA Awards on Nov. 9.

“I was born and raised in Tuskegee, Alabama. I am a country boy and proud of it. To do this project just felt natural,” said Richie.

“What began as a collaboration of talented people ended up being a great group of friends getting together to make great music.”

The album of duets will be debuted at the CMA Awards with help from Little Big Town, Rascal Flatts and Darius Rucker, who himself transitioned into country music from rock as the former frontman of Hootie and the Blowfish.

This isn’t the first time Richie has paired up with Kenny Rogers or performed on the CMAs: He sang “Lady” with Rogers on the awards show in 1984 and joined Alabama to sing “Deep River” in 1986.

Lionel Richie began his career with the Motown sensation The Commodores, then moved into huge solo success in the 1980s with his hit albums Lionel Richie, Can’t Slow Down and Dancing on the Ceiling.