He may have fallen in the tub, but he didn’t fall off the wagon. When Steven Tyler knocked his teeth out, the whispers started that he was using again, but he insists that his nasty spill in the bathroom the other day had nothing to do with drugs or alcohol. 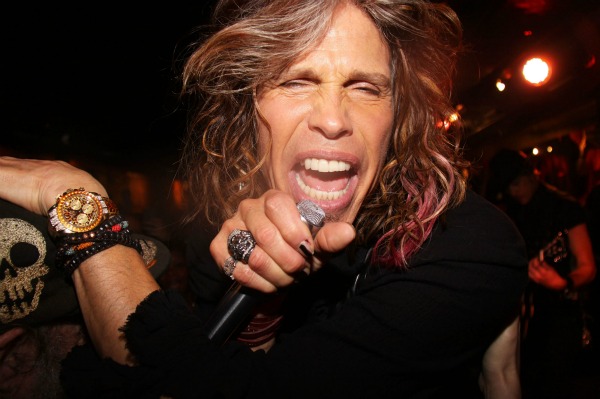 The Aerosmith singer, who has famously battled drug and alcohol addictions — and claims to have been clean for years — sat down with Matt Lauer on Today to talk about the incident.

Lauer cut right to the chase, asking Tyler if he was using again.

“I get that people think that,” said the American Idol judge. “It still bothers me a little, but it’s something that I have to deal with for the rest of my life.”

“Being in the program, it’s something we have to expect. People thinking that is natural and normal. We flew last night from Paraguay after that incident and we’re in Argentina for two hours. And anyone who knows anyone who uses substances wouldn’t be up at this hour having a talk with Matt Lauer and the rest of America.”

“It’s nothing I don’t understand. It makes me a little upset. But people think that.”

So what happened? Tyler’s rep said that he had a bout of food poisoning, which the singer confirmed, calling it the curse of “Montezuma’s revenge.”

“Short of having my legs taken off, people are going to expect me on stage no matter what,” he said. “It’s all about playing to the people. We rocked out. Not only did I break my face, but we broke a house record, so life is beautiful, Matt.”