Michael Lohan’s first order of business after his release from a Florida jail? Go right back in.

Father-of-the-century Michael Lohan was again carted off to jail early Thursday, less than 12 hours after being released from the Hillsborough County jail in Florida. Lohan reportedly violated a protection order and repeatedly called ex-girlfriend Kate Major’s apartment to “talk.” 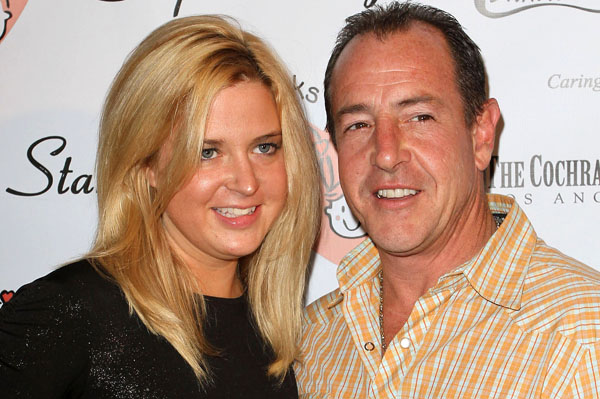 Yes, the same girlfriend he attacked right before he went to jail on Tuesday morning.

Major called police in the wee hours of Thursday morning claiming that Lohan wouldn’t stop calling her. Police arrived at her apartment just before Lohan called again. They ultimately deemed him a threat to the former Star reporter, so they went to his hotel to arrest him.

That’s when things got interesting. Lohan reportedly jumped from a third-story balcony to evade the cops and crashed to the ground. He hid in some trees until police nabbed him, according to TMZ.

He reportedly went to the hospital with a foot injury, though his ex isn’t feeling too bad for him.

“I am sick of being lied about by Michael Lohan Sr.’s false allegations about his continual physical and mental abuse toward me,” she told TMZ in a statement.

“Obviously the judge was correct when questioning if he could ‘read.’ He has no regard for the justice system. He can beat up women but Mr. tough guy who slurred his words calling me five times after getting out of jail wasn’t too tough by jumping off a 3rd floor balcony into a tree to try to flee from going back to the same jail he just got released from less than 12 hours ago,” she added.

“Maybe they have phonics books in jail!”

Something needs to happen to him, otherwise we have a feeling this tumultuous relationship will end tragically.

Do you think Michael Lohan should be in jail long-term?