Owen thinks a Seattle Grace baseball team will bring the crew closer together, but that just might backfire on him on tonight’s Grey’s Anatomy. SheKnows has the Grey’s Anatomy preview and a sneak peek.

Game on! Owen (Kevin McKidd) is all about teamwork, so he signs everyone up for a baseball league on Grey’s Anatomy: “Put Me In, Coach.” His plan could work, as long as Meredith (Ellen Pompeo) and Bailey (Chandra Wilson) can get past their drama and Lexie (Chyler Leigh) can get over her jealousy. Meanwhile, at the hospital, Cristina (Sandra Oh) and Derek (Patrick Dempsey) both take major risks and as you can see from the sneak peek below, one of those risks doesn’t pan out as hoped. 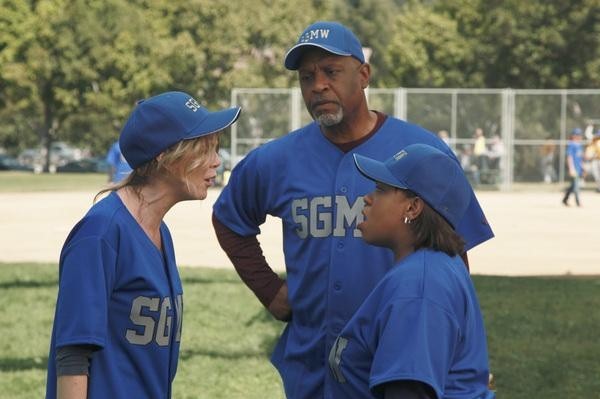 Our fave docs suit up to take on their biggest competition, Seattle Presbyterian, but it’s their own infighting that could cause a loss. When Bailey and Meredith bring their feud onto the field and get in each other’s faces, it gets so bad, Webber has to step in and give them a piece of his mind.

Mark is having a bit more fun at the game, but that means trouble for his ex and her current romance. Mark can’t keep his hands off his new woman (Holley Fain), a doc who happens to be playing for the other team — literally, not metaphorically like his baby’s mamas, Arizona and Callie! Everyone is thrilled to see Mark finally getting some action — everyone except Lexie, of course. She tries to keep the green-eyed monster at bay, but fails miserably.

Avery (Jesse Williams) thought they were doing fine, but after Lexie loses her cool and lets loose on the new girl, he’s not so sure.

Grey’s Anatomy: Back at Seattle Grace

It’s not all fun and games on tonight’s Grey’s Anatomy. There are, of course, patients to be seen, too. 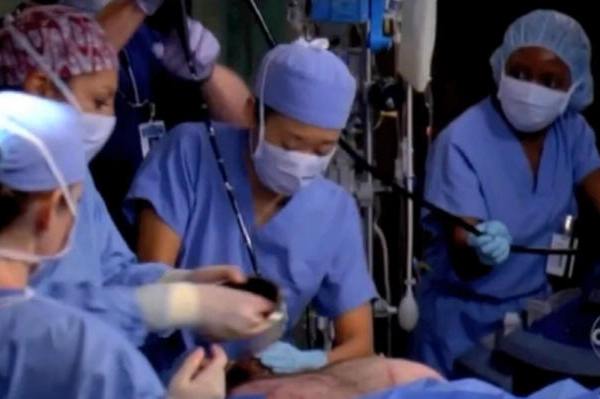 Derek tries to talk a mother into letting him perform groundbreaking brain surgery on her daughter, but it’s going to take some convincing to get her to agree to the risky procedure. Cristina also takes a risk, but as you can see in the clip below, it could just ruin her career.

Next week, Alex (Justin Chambers) will be fighting for his job, but this week, he puts up his dukes for Mer and Derek when the adoption folks suggest Zola be moved from Seattle Grace. With Meredith and Derek still under investigation after Meredith’s craziness, the adoption folks think there’s a conflict of interest having her so close to them, but Alex fights to keep her under his care.

Grey’s Anatomy: “Put Me In, Coach” airs Thursday, Oct. 27 on ABC, followed by a new episode of Private Practice.