SheKnows has your Private Practice preview and sneak peak: Addison takes an important first step with Jake, instead of Sam. Amelia grapples with an unbearable request from an old friend and Cooper has an awkward moment with his new son.

The Oceanside docs are used to wrestling with life and death on a daily basis, but as you can see from the sneak peek below, tonight it gets personal. Addison  (Kate Walsh) finally takes a shot at creating a new life of her own, while Amelia (Caterina Scorsone) faces a friend’s request to help her end her life on Private Practice: “Step One.” 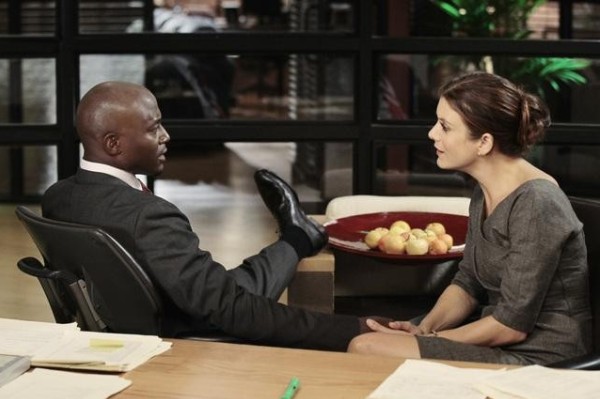 There’s nothing sexy about in vitro fertilization shots, especially when your man doesn’t actually want you to get pregnant, so when Addison is ready to get in the game this week, she doesn’t turn to Sam (Taye Diggs). Instead, she turns to Dr. Jake  (Benjamin Bratt).

As if that’s not a sign of trouble on its own, the hormones quickly start to do their magic and Addie has a complete meltdown at the office. Once again, it’s Jake to the rescue. The sexy doc talks Addie down and suggests she avoid emotional triggers… Think Sam would constitute a trigger?

Sam may be a bit distracted, however, as he and Violet  (Amy Brenneman) are dealing with a patient who refuses to take much needed anti-psychotic medication. This could give Addie the space she needs, or things could finally come to a head, as they’ve been threatening to do for some time now.

Amelia’s old friend Michelle (Sydney Tamiia Poitier) returns from a whirlwind tour of Italy and it quickly becomes clear her Huntington’s disease has become symptomatic. Amelia is ready to help her friend fight the disease, but Michelle refuses to live through the slow, horrible death ahead of her. She wants to go out on top, with Amelia’s help. 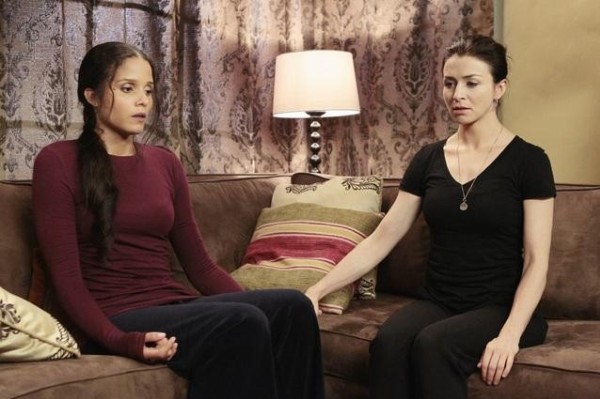 As a doctor, Amelia is more than a bit conflicted over her friend’s request for an assisted suicide. She understands Michelle’s reasoning, but she’s still not convinced she should do it. Pete and Sheldon remind her of her oath to do no harm, not to mention the fact that euthanasia is murder in California.

The real problem isn’t the law, however: It’s whether Amelia can live with herself if she does it.

New dad Cooper (Paul Adelstein), meanwhile, is still thrilled about getting to know his son, but panics a bit when he and Mason have an uncomfortable moment. No surprise, he thinks Charlotte (Kadee Strickland) is part of the problem. He’s worried she made a bad impression on baby mama Erica (A.J. Langer), but Charlotte tells him to get over it.