It looks like it’s going to be a baby girl for mom-to-be Beyonce and her rapper-husband Jay-Z. 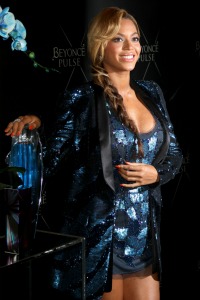 It’s been revealed that chart topper Beyonce and her rapper-husband Jay-Z are expecting a girl, according to sources close to the couple. In Touch Weekly reports a friend of the couple saying, “Beyonce is thrilled she’s having a daughter.”

The close friend also adds that even though Beyonce, who is currently five months pregnant, would have been happy with either a boy or a girl, she had secretly hoped for a girl. “She and her mother are so close, and she’s wanted to have that relationship with her own child,” the friend told the magazine.

In fact, Beyonce is so excited about having a baby girl, she’s apparently bought so many clothes for her future daughter that her friends and family might not have any room to buy additional gifts for the singer’s scheduled baby shower in December.

It’s also been reported that the expectant parents are building not only one but three nurseries for their first child and spending a whopping $250,000 on furniture, including $100,000 on a round crib, changing table and other furnishings.

While father Jay-Z doesn’t mind having a daughter as his first child, he still wants his little girl to inherit his love for sports. “Jay-Z wants a Yankees mobile hanging about the crib. He’s a huge Yankees fan and wants to share that with his child — boy or girl,” the friend said. And while Beyonce might have been hesitant at first about the idea, it looks like she’s agreed. “She caved on that demand, since he’s letting her select everything else,” the friend added.

Beyonce took some heat recently with bloggers suggesting that her pregnancy was fake after video footage of her pregnant belly during an Australian television interview showed her bump to fold in half. The singer’s rep though fired back at the claims that she is wearing a prosthetic bump insisting that the rumors were “stupid, ridiculous and false.”