Lindsay Lohan’s father has been released from jail after serving more than twenty-four hours behind bars for a domestic dispute that turned violent. 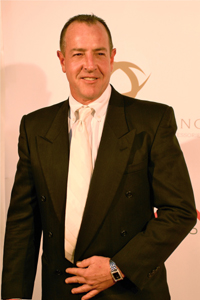 Embattled father Michael Lohan was released from a Hillsborough County jail in Florida on Wednesday evening. Lohan was arrested after his girlfriend Kate Major alleged that he physically turned violent on her after a sexually charged meltdown went wrong. Speaking to reporters moments after he was released, Lohan denied the allegations that he attacked Major, stating, “I did not hurt Kate. I didn’t do anything to her,” according to the Daily News.

He added, “We had an argument about a girl who’s a really bad influence on Kate, and I took the phone out of Kate’s hand and threw it down. I said I’d had it and that I was leaving, and she panicked. She was worried she’d get stuck with all the bills, so she called the police.”

According to Lohan, their drama began early on Tuesday when they began arguing at a Tampa-area Chick-fil-A restaurant, which later escalated at Major’s apartment. Lohan denies her accusations that he threw a remote control at her, wanted to slit both of their wrists and throw her off a fourth-floor balcony.

Lohan was released from jail on a $5,000 bond and ordered to stay away from Major, who also happens to have a restraining order on him.

This doesn’t end Lohan’s problems though, as he was also served by ex-wife Dina Lohan while he was behind bars with legal documents stating that he owed $11,000 in back child support. While we’d like to see the Lohans get their act together, it doesn’t look like that is going to happen anytime soon.