Justin Timberlake first met Ryan Gosling during their days on The All New Mickey Mouse Club. You won’t believe all the “hardcore” things they did together!

We look at Justin Timberlake and Ryan Gosling and think one thing: they’re straight up gangstas. Okay, not really — we can’t even say that with a straight face. 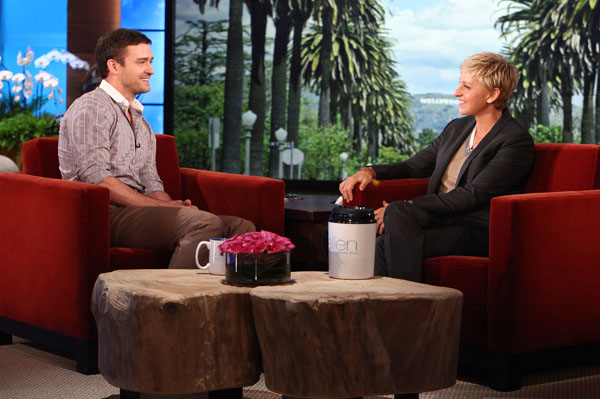 However, there was a time when these two adorable actors thought they were thugs — when they acted together with Britney Spears, Christina Aguilera and J.C. Chasez on The All New Mickey Mouse Club during the early ’90s.

Timberlake looks back at those days during a new interview with Ellen DeGeneres, airing Thursday.

“We used to do terrible things,” Timberlake, 30, told the talk show host of his antics with Gosling. “We stole a golf cart. And we’re like, ‘Yeah, man. We’re stealing a golf cart.’ But meanwhile, you know what? It’s like on a backlot. There’s just golf carts everywhere.”

“So, we stole the golf cart, and we drove into MGM Studios, which is totally illegal by the way,” the In Time actor added. “I was like, ‘What you want to do, thug?’ And [Ryan] was like, ‘I don’t know, cuz.’ Because that’s definitely how we talked.”

Even their food was thug.

“We were probably a little closer that the rest of the kids,” said Timberlake. “We had to share a bathroom.” That’s because the Drive star lived with Timberlake for six months during filming while his mom went back to work in Canada.

Sadly, the two don’t see each other much these days, thanks to their red-hot careers.

“He’s always been that charismatic and that talented,” Timberlake said of his friend. “He’s unbelievable. I think [he’s] one of the best actors of our generation.”

Hey Justin and Ryan: We’ve got some golf carts if you want to relive the past… just let us know when you’re free!