Kim Kardashian has finally broken her silence to People magazine about the state of her two-month marriage, saying married life has “not been ideal.” 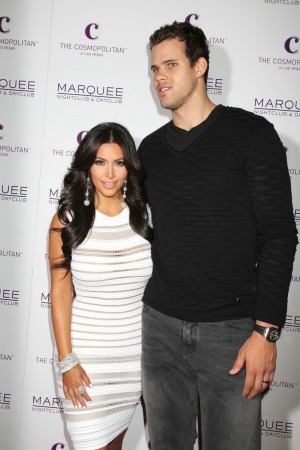 Reality star Kim Kardashian just might have had one of the most beautiful Hollywood weddings in history, but now the honeymoon’s over, and she revealed all to People magazine.

Kim and husband Kris Humphries only tied the knot eight weeks ago, but there has been speculation for weeks that the two were in danger of splitting up.

Kardashian admitted to People during her 31st birthday party, held at the Marquee Nightclub in The Cosmopolitan of Las Vegas hotel, about her marriage, “It’s not been ideal because you’re newlyweds and you want privacy.”

Privacy was in short supply in the initial weeks following their wedding, which aired on E! Entertainment Television as a two-night event. Just after the nuptials, the twosome began their married life by rooming with Kim’s sister Kourtney, her boyfriend Scott and son Mason in The Big Apple — as Kim and Kourtney were shooting Kourtney and Kim take New York.

Kim also admitted, “We have to find our home base,” noting the constant traveling they have to do for various work projects.

Kim’s mother, Kris Jenner, stated to People, “They’re going two separate directions (with work). They’ll figure it out as soon as they get back.” Kim was recently pegged to star in her first major motion picture, a new Tyler Perry project, which will continue to keep her away from her handsome hubby.

The two are currently living together in Los Angeles, and have been spotted together at several tapings of ABC’s Dancing with the Stars, as they cheer on Kim’s little brother, Rob.

People also reported that during the event, “Kim looked like a happy and relaxed birthday girl in her VIP area, holding hands and kissing Humphries.”