Michael Jackson lands on top of the Forbes list of top-earning dead celebrities for the second year in a row. 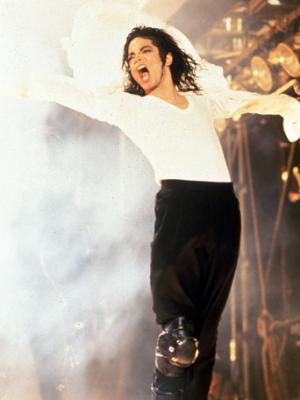 Since his unexpected death in June 2009, Michael Jackson ranks as the top-earning dead celebrity, according to Forbes magazine, who lists him as making an estimated $170 million this past year.

How does Jackson — or shall we say Jackson’s estate — make so much money after his death? He owned the Sony/ATV catalog, which means he owns the rights to his songs and the popularity of his songs has increased since his death. The year after his death, his estate brought in $275 million from the increase in sales on his songs.

Forbes speculates that Jackson will again nab the top spot next year, thanks to the Cirque du Soleil tribute show called Michael Jackson: The Immortal World Tour. He will get royalties each night for the songwriting credits of each song they use in the show. Cha-ching!

The Cirque du Soleil tribute shows also contributed to Elvis Presley ranking high on the top-earning dead celebrities list, as well as John Lennon and George Harrison for The Beatles LOVE show. Elizabeth Taylor, who just passed away this year in March, comes in at number five, thanks to the sales of her perfume White Diamonds.

Check out the Forbes list of top-earning dead celebrities: