Chaz Bono says the judges on Dancing with the Stars made offensive, disrespectful comments to him — and now he’s calling them out. 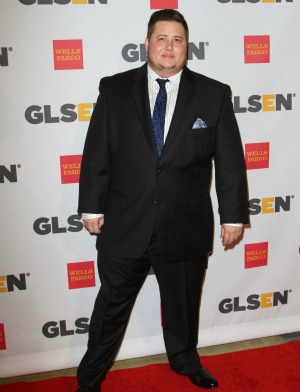 Penguin. Basketball. Ewok. These are just some of the names Chaz Bono says the Dancing with the Stars judges threw at him — and he is not a happy camper.

This morning, just hours after Chaz Bono was eliminated from Dancing with the Stars, Cher’s son blasted the judges for their discriminatory comments — especially Bruno Tonioli.

“I got a lot of references from him about things that would indicate the fact that I’m overweight, you know, a roundness,” Bono told Good Morning America.

“I was called a basketball, a penguin, an Ewok, and I just didn’t appreciate it,” he said, pointing out that Tonioli was particularly “disrespectful.”

“If you want to critique my dancing and give me some constructive advice so I can try to improve the next time that I’m there, that would be great,” he added. “But I don’t really know how to be less penguish, and so I kind of took offense to that.”

Bono believes overweight men are given a much harder time on the show than overweight women, pointing to Kirstie Alley‘s success last season.

“It’s hard to take this competition seriously when the judges are so inconsistent,” said dance partner Lacey Schwimmer, who battled her own weight ridicule this season. “At the same time, we went out there and did what we needed to do and did it well and had a great time doing it.”

Chaz Bono was the first transgendered person to appear on the show.