Amy Winehouse’s official cause of death has been released. The coroner’s notes reveal the young star’s blood alcohol level, officially labeling it as “death by misadventure.”

The cause of Amy Winehouse‘s death has been determined as “alcohol toxicity.” In a report released Wednesday, British coroner Suzanne Greenaway announced the 27-year-old’s passing on July 23, 2011 was the “unintended consequence” of drinking too much alcohol. 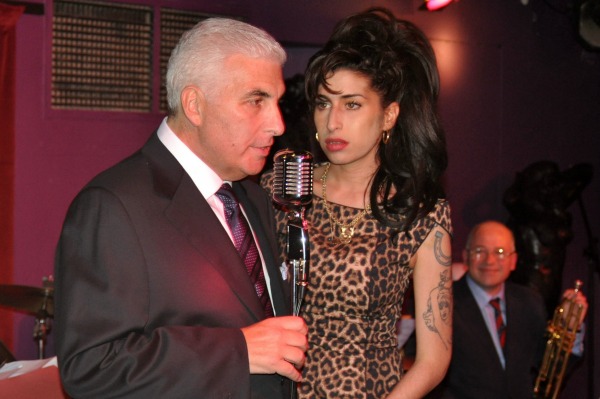 Mitch Winehouse, pictured here with his daughter in Oct. of 2010, had suggested that it was Amy’s cessation of drinking that led to her death, but new autopsy reports reveal otherwise. Announcing the cause of death as “alcohol toxicity,” the coroner noted that Amy Winehouse was an “intelligent, determined young woman who, at times, was able to successfully abstain from alcohol.“

Describing the singer’s fatal return to drinking as “death by misadventure,” the corner stated that the 27-year-old was more than five times over the legal limit at the time of her passing. It was also noted that two large bottles and one small bottle of vodka were found in the bedroom of her London home.

Previous autopsy reports ruled out the presence of illegal drugs in Amy Winehouse’s system at the time of her death, but did not reveal the role alcohol had played. The Winehouse family said in a statement at the time, “Results indicate that alcohol was present, but it cannot be determined as yet if it played a role in her death.”

Dr. Christina Romete, also in court to hear the official autopy results, said Amy Winehouse had been “tipsy” but “calm” and coherent and “able to hold a conversation” during their last interaction, the evening before she died. “She didn’t want to die, she was looking forward to the future,” the doctor said Wednesday of her former patient.