Actor, writer and producer Sylvester Stallone has been accused of stealing a screenplay and using it as the basis for the characters in the hit movie The Expendables. 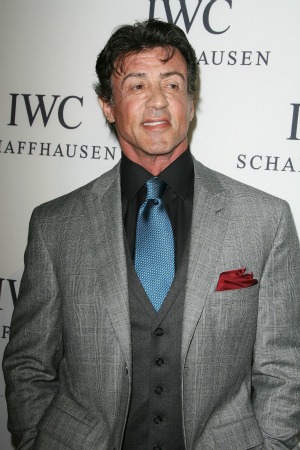 Sylvester Stallone has found himself in hot water with another writer who is accusing the Hollywood legend of stealing his screenplay.

The lawsuit was filed in a Manhattan federal court by writer Marcus Webb, who said the screenplay for Stallone’s hit film The Expendables is “strikingly similar” and “in some places identical” to his screenplay, titled The Cordoba Caper.

According to Reuters, The lawsuit states that The Cordoba Caper was both a screenplay and a short story that was registered with the U.S. Copyright Office in June of 2006.

The suit also states that the screenplay was made public by Webb for production consideration in Hollywood.

The Expendables was Stallone’s motion picture comeback, a movie about mercenaries hired to defeat a military dictator. The film also starred legendary action heroes Jet Li, Bruce Willis and Arnold Schwarzenegger. It was released in 2010 by Lionsgate Entertainment.

According to the lawsuit, “The Cordoba Caper tells the story of a team of elite mercenaries hired to defeat General Garza, a rogue army general of a small Latin American country.”

The details of the lawsuit state many similarities between the two films, including the sticking point in the case — the opening which shows, “a hostage rescue at sea, off a foreign coast, which has nothing to do with the main plot.”

The lawsuit also details, “there can be no dispute that Stallone and/or David Callaham (the co-author of The Expendables) had access to and copied protectable elements of the screenplay.”

Webb is seeking potential earnings from the production, distribution and performance of The Expendables, as well as benefits from writing the screenplay.