The mysterious Jake popped up in Chance Harbor last week on The Secret Circle and not everyone was happy about it. What is Faye’s former flame hiding? Read on to see a preview of this week’s new episode, “Masked.”

The Circle has been facing both literal and figurative demons on The Secret Circle, but how will they fare when they find out more about the elusive Jake? 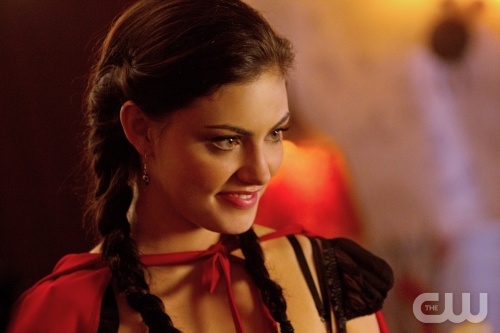 It’s Halloween in Chance Harbor and that can mean only one thing for the witchy characters of The Secret Circle — more tricks and less treats.

Last week, Jake blew into town, and at first impression, he just wanted to connect with the Circle — being Nick’s older brother and all. But looks are deceiving and this week’s new episode, “Masked,” could reveal more about his intentions. At least, that’s the way the preview looks.

Elsewhere, Cassie is throwing a party and Adam and Diana are still fighting, despite being broken up.

Netflix teams up with CW >>

The CW officially describes “Masked” as the following: “Deciding the Circle needs to have a little fun, Faye (Phoebe Tonkin) convinces Cassie (Britt Robertson) to throw a big Halloween party. Intent on wooing Jake (guest star Chris Zylka) back, Faye goes all out on her Halloween costume. After a fight with Diana (Shelley Hennig), Adam (Thomas Dekker) turns to Cassie for advice. Meanwhile, some dangerous, uninvited guests set their sights on the Circle.”

The Secret Circle is getting deeper into the history of the Circle and we can’t wait to find out more about Jake and whether or not he carries out his plan.

What do you think Jake has in store for the Circle? With the pickup of a full season, there’s bound to be lots more stories to tell and even more mysteries to delve into.

Head over to our comments section and tell us what your favorite episode has been so far and what you think is going to happen!