Kevin Richardson told Ryan Seacrest that he wants to return to the boy band that made him famous… the Backstreet Boys. 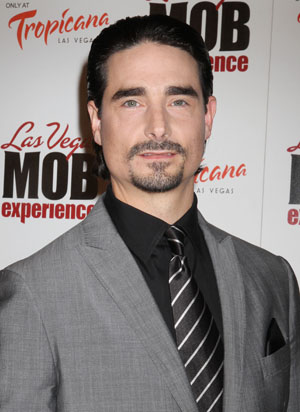 Brian Littrell, AJ McLean, Howie Dorough, Nick Carter and Kevin Richardson were an unstoppable force during the late 90’s as the boy band, the Backstreet Boys (BSB). Personal problems and waning popularity eroded the group during the past several years, leading Richardson to leave the group in 2006.

“After 13 years of what can only be described as a dream come true, I have decided that it is time to leave the Backstreet Boys,” Richardson said at the time. “It was a very tough decision for me but one that was necessary in order to move on with the next chapter of my life.”

Now? He’s on the brink of returning to the band that made him famous with a concert during the upcoming Backstreet Boys cruise scheduled for December. Richardson will join the boys as the concert host during their stop in Nassau, Bahamas. He’s also slated to meet fans while the ship is docked.

Does this mean he’s coming back to the BSB for good?

“I would love to perform with them again on a more regular basis,” Richardson told Ryan Seacrest on his morning show Tuesday. “Our chemistry when we come together just feels like old times.”

Richardson pursued a Broadway career after leaving the BSB, though he never really achieved the notoriety he wanted with his guest roles in musicals like Chicago.

His timing is great, though: The Backstreet Boys — along with New Kids on the Block — just announced the European leg of their NKOTBSB tour. What a way to drum up publicity for the shows, huh?

Do you want to see Kevin Richardson rejoin the Backstreet Boys?