Poppy Montgomery and Dylan Walsh‘s Unforgettable and Jim Caviezel and Michael Emerson‘s Person of Interest are following NBC’s Whitney and Up all Night, CW’s Hart of Dixie, Ringer and The Secret Circle and ABC’s Revenge and Suburgatory across the pickup line. CBS’s two freshman crime procedurals with a twist are the season’s top new dramas, so the net has picked them both up for a full season. 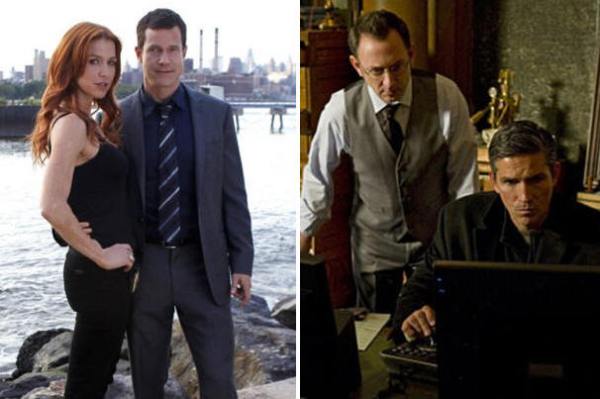 America loves its procedurals, but these days it takes something special to make one stick. Both Unforgettable and Persons of Interest have succeeded.

Unforgettable, the new series centered on a former detective (Montgomery) who can’t forget anything — even if she wants to — started out strong and hasn’t lost steam. It’s the season’s top new drama in viewers, averaging 14 million sets of eyes to improve CBS’s numbers on Tuesdays.

There are still several contenders in the pickup race. Its too early to say, but the Once Upon a Time premiere episode ratings may portend a happily ever after for ABC’s new series. Fox even has more premieres in it’s arsenal, including Adam Gregory and I Hate My Teenage Daughter, so stay tuned to see who crosses the pickup line next.

As previously reported, The Playboy Club earned the dishonor of first cancellation of the fall 2011 TV season, followed by Charlie’s Angels and Free Agents.

Unforgettable airs Tuesdays at 10 p.m. on CBS. Person of Interest airs Thursdays at 9 p.m. on CBS.