Actor Orlando Jones is no fan of Sarah Palin — he even admitted he wants her dead!

Sarah Palin set off a furor of controversy after Arizona congresswoman Gabrielle Giffords was shot in January. The former Alaska governor was criticized for her use of crosshairs and other gun-related language in political literature. 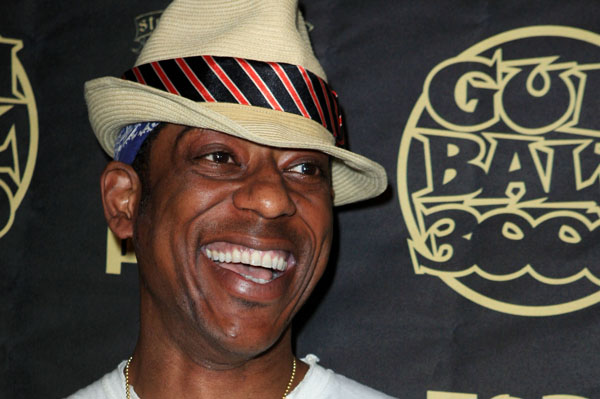 However, calls for Palin‘s death by an actor haven’t garnered the same level of controversy. Orlando Jones — best known for a small role in Office Space and the “Make 7-Up Yours” commercials — tweeted his feelings over the weekend.

“Yay! Name calling. I’m a moron that’s working on the big and fat part. Maybe you could buy me food & complete the trifecta,” he tweeted in response to a tweeter who called him a “big, fat moron.”

He then tried to explain a bit of his reasoning.

“Actually, I don’t think it’s just a joke is an apropo response. If my tweets are so upsetting to you please do not read them.”

Conservative bloggers caught wind of his tweets Monday and called him out, prompting him to clarify his words. “[N]ever thought it was that funny. I thought of it as more of a comment on those who call themselves liberal being ineffective,” he tweeted Monday.

“Obama gets more death threats than any Pres in US history…sorry too real. Hey, Orlando Jones tweeted something inane about Palin! Get him!…My tweet was farcical not funny or a call to action. 100 bucks 2 the 1st person who can count the # of Palin jokes about killing Democrats.”