Singer and actress Demi Lovato joined the ranks of other famous stars who have performed the national anthem, singing it flawlessly at the beginning of World Series’ game five. 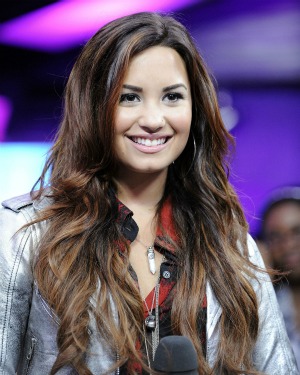 Demi Lovato performed a flawless version of the national anthem at game five of the 2011 World Series. The former Disney star sang a diva-esque version of the song, complete with the proper high notes at the correct pitch, and delivered a surprisingly pleasant performance.

Lovato, a native Texan, donned her favorite Texas team’s baseball jersey as the Texas Rangers and St. Louis Cardinals duked it out for baseball supremacy.

Catch Demi on tour near you soon! >>

It was during game one of the series that Lovato’s little sister, Dallas, tweeted that her big sister should sing the national anthem during the Major League Baseball championship series.

Lovato noted on her Twitter account on Sunday that she was understandably nervous, knowing full well the backlash that could come to a singer if they perform the national anthem wrong.

“About to go sleep…So nervous/excited about tomorrow!!! National anthem at #worldseries…Wow!”

She also revealed to MTV News prior to her performance, “I just nearly died when I found out. I cannot wait.”

She later stayed in the stands to cheer on her home team, the Texas Rangers.