Steve Jobs revolutionized the music industry. Thanks to the creation of the iPod and iTunes, a digital music culture was born. At the 2011 O Music Awards 2, alternative rockers The Flaming Lips will honor the Apple legend with a groundbreaking tribute.

Steve Jobs was the technological genius, who turned Apple Inc. into a media powerhouse. Not only did he improve computers, but he changed how we listened to music — for better or worse. That’s why The Flaming Lips will lend their voices to a special tribute for Jobs at this year’s O Music Awards 2. 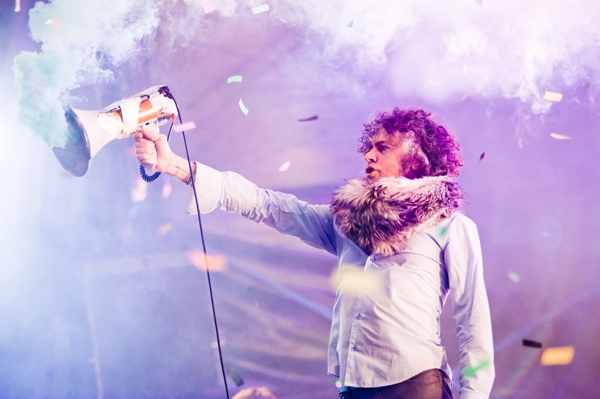 In honor of Jobs’ career, The Flaming Lips will perform a cover of The Beatles‘ track “Revolution.” MTV reports that their rendition will be recorded with an iPad and broadcast on OMusicAwards.com. The show will also include special performances by a number of up-and-coming-artists who have been affected by the digital music culture Jobs helped create.

The awards ceremony will be headlined by pop singer Robyn and feature presentations and performances by Kelly Clarkson, Demi Lovato, Alabama Shakes, Odd Future’s Tyler, the Creator and Travie McCoy. The O Music Awards 2 take place on Oct. 31 and will air on various Viacom-owned websites including MTV.com, VH1.com, CMT.com, LogoTV.com and MTVHive.com.

In 2001, Steve Jobs created Apple’s signature iPod device, which he quickly followed with the online retailer iTunes. He helped digitize the medium, making it easier and more convenient for consumers to purchase music. Even Jobs’ biggest tech competitors have admitted that his creations are a cut above the rest.

On Oct. 5,  Jobs unfortunately lost his battle with pancreatic cancer at the age of 56. Prior to his death, he submitted a letter of resignation to Apple, which stated that he could no longer meet his “duties and expectations” as CEO. Shortly after, his health took fatal turn resulting in his untimely death.