The queen of pop has one less thing to worry about now that her alleged stalker has been sent to a London-area mental hospital. 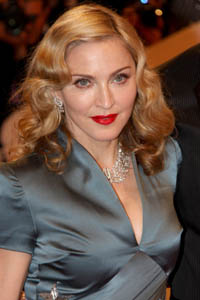 While Madonna may not be having the best week in the headlines, what with her being booed at the premiere of her latest film and her older brother admitting to living on the streets, but at least she can rest easy knowing her stalker will no longer pose a safety concern for her and her children.

Polish-born Grzegorz Matlok has twice broken into the London home she once shared with ex-husband Guy Ritchie and has been accused of putting on his clothes, sleeping in their bed, and shattering their windows. Just last March, he was charged with burglary while Madonna was in Michigan attending her grandmother’s funeral.

In a statement, the celebrity mom said it was “extremely unsettling” that Matlock had been able to break into her residential properties, despite the extensive her security. She also added that she was “alarmed and distressed” by Matlock and that she was “worried about my children’s safety as well as the safety of my staff.”

During a hearing in a London courtroom, a psychiatrist noted that Matlok suffered from schizophrenia and “delusions that Madonna loved him.” While in police custody, he said that Madonna had given him permission to stay at her house. Madonna denied this in her statement, saying, “I do not know the defendant, I’ve not had any form of relationship with the defendant, nor have I had any form of contact by phone or by email, or by any other way, with the defendant.”

Judge Deborah Taylor ordered Matlok to psychiatric detention to treat his schizophrenia and has been ordered to stay at least 100 meters away from any of the singer’s residential properties.

With this out of the way, now Madonna can go back to worrying about those pesky film reviews.