Michelle Williams says Hollywood is a “dangerous” place for teens and she is lucky to have escaped relatively unscathed. 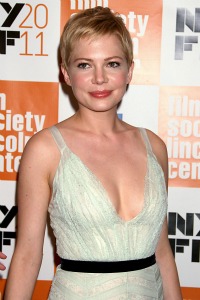 Michelle Williams first hit the Hollywood scene at the young age of 16 and quickly landed a coveted role on the hit show Dawson’s Creek, but the actress says she was lucky to have escaped with her sanity.

“I am lucky. I lived in Hollywood during my late teens and managed to escape with my sanity. But would I recommend it to any 18-year-old? No, I would not,” the My Week with Marilyn actress told The Sun.

“I wish I had known I wasn’t ready for it. I was with crazy friends going to clubs and chasing what we thought Hollywood was all about. I moved there at just 16 and found it a place with no boundaries. There were no limits, no rules and it was dangerous.

“I compare it to a bowling alley, with lanes and partitions. You have to work out the stuff you will do — and stuff you won’t. I veered crazily across the lanes but never ended up in the gutter,” she said.

“It was weird and insidious. I never really knew who I was with, who I had been with and what was in my glass. I did not know what I was doing.”

Now a 31-year-old living in New York with Matilda, her daughter with the late Heath Ledger, says she doesn’t blame her parents for letting her go — but she does wish she had gone to college.

“I don’t blame my parents,” she said. “They wanted what was best for me and I insisted that this is what I wanted. But I never got an education, which I wish I had at 18.”

Michelle Williams is currently filming her role as Glinda in Oz: The Great and Powerful, due out in 2013.