Fairytales are king on ABC. The premiere episode of Once Upon a Time blew away Sunday’s competition with ratings in the double-digits. Can it give the fall season a genuine happy ending?

Sunday night, ABC unveiled its newest fall drama, Once Upon a Time. Similar to NBC’s Grimm, the series taps into the fantasy genre, but relies more heavily on fairytales. Thanks to the network’s fantastic marketing, Once Upon a Time premiered with some impressive ratings. 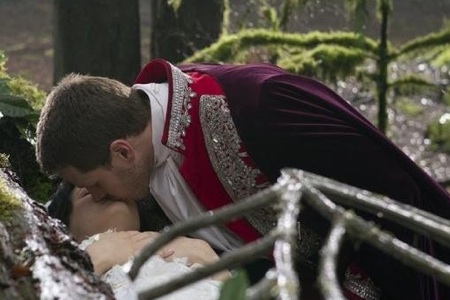 According to TVLine, Once Upon a Time earned “12.8 million total viewers while scoring a robust 3.9 demo rating.” It was also Sunday’s most-watched and highest-rated non-sports primetime program. The series easily outperformed the seasoned Desperate Housewives, which pulled in 9.2 million viewers at 9 p.m., followed by Pan Am‘s 5.8 million at 10 p.m. When it came to last night’s scripted television, Once Upon a Time was the show to watch.

The premise of Once Upon a Time centers on a troubled woman who travels to a small town called Storybrooke, which may or may not be an alternate fairytale universe. Most of the main characters have alter egos such as Snow White, the Evil Queen and Rumpelstiltskin. And that’s just a tip of the mythical iceberg!

ABC hopes viewers liked what they saw and will continue to tune in as the fantastical drama unfolds. One Upon a Time has an amazing cast led by TV veterans like Ginnifer Goodwin (Big Love), Jennifer Morrison (House) and Robert Carlyle (SGU Stargate Universe). The show was also co-created by former Lost producers Adam Horowitz and Edward Kitsis.

Once Upon a Time airs Sundays at 8 p.m. on ABC.

Did you tune in to Once Upon a Time? What did you think of the pilot episode?