DeAnna Pappas is no longer a bachelorette, now that she’s tied the knot to boyfriend Stephen Stagliano. 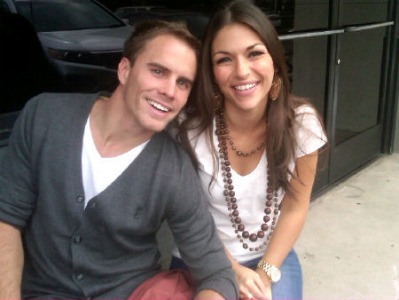 The happy couple tied the knot on Saturday in the Serenbe community of Palmetto, GA, which is often referred to as Georgia’s answer to the Hamptons.

The reality television star, who rose to fame thanks in part to reality television matchmaking show The Bachelorette, walked down the aisle over the weekend in a strapless wedding gown dress and a birdcage veil from the Disney Bridal collection.

According to People magazine, an eyewitness at the wedding said that Pappas and Stagliano “were giddy with excitement” and that the bride looked “incredibly happy.”

“We’re so ecstatic to be husband and wife and we’re thrilled to be sharing this day will all our family and friends,” the couple said in a statement to Us Weekly magazine.

The former Bachelorette wasn’t always so lucky in love, though. Pappas was famously rejected on national television along with the other twenty-five contestants during season 11 of The Bachelor. She also ended her engagement to season four Bachelorette winner Jesse Csincsak.

Stagliano, who works as a high school teacher, proposed to Pappas last summer with a 2.12-carat white-gold ring that features an Asscher-cut center stone in a halo setting.

After so many failed relationships from the show, it looks like all that Bachelor/Bachelorette dating is only good for television ratings and not matchmaking, after all.