Madonna’s brother is homeless and living on the cold Michigan streets. What happened? 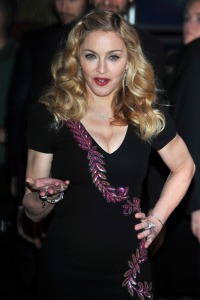 With a wildly successful career spanning nearly three decades, Madonna is now one of the richest women in the world. So why is Madonna’s brother homeless and living under a bridge in Traverse City, Michigan?

The plight of 55-year-old Anthony Ciccone was revealed in an interview with the Michigan Messenger, where he talked about the general state of the homeless population in the area — and talked about his own problems.

“My family turned their back on me, basically, when I was having a hard time,” he said, explaining that he was fired from his father’s winery, which had to be financially bailed out by Madonna when it started going under. “You think I haven’t answered this kind of question a bazillion times — why my sister is a multibazillionarie, and I’m homeless on the street?”

“Never say never,” he said. “This could happen to anybody.”

“I don’t have any income, I’ve got to go collect bottles and cans, do odd jobs.”

“I got frostbite on my feet last winter,” Ciccone said. “A friend of mine lost all ten toes. Several have died of hypothermia.”

The man later bristled at the implication that he was trying to squeeze cash out of his famous sibling.

“I’m not looking to get a free hand-out because of my sister,” Ciccone told The New York Post. “I’m not looking for any publicity. If you’re here to get me to tell stories about my sister, that’s not who I am.”

So far Madonna has had no comment. She’s been busy being booed by fans at the premiere of W.E. for not taking enough time to sign autographs.