Eric Bana will tackle his toughest role yet, playing the King of Rock and Roll, Elvis Presley, in a film titled Elvis and Nixon, due out sometime next year. 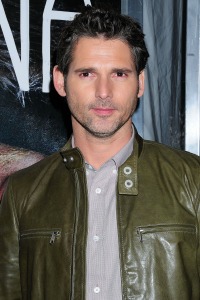 It was one of the biggest cons in rock and roll history — and it was pulled off by the King of Rock and Roll himself. Elvis Presley, a notorious drug user, was able to use his popularity to get President Richard Nixon to appoint him to the Bureau of Narcotics and Dangerous Drugs in 1970.

Eric Bana is on board to portray Elvis in the controversial new film, Elvis and Nixon. The Australian actor seems like an unlikely choice to play an American icon and to flesh out such a convoluted meeting of the minds.

The film will focus on the infamous meeting between Presley and Nixon in December of 1970. Presley wrote a letter to the then-President, who was in the midst of a campaign against drug abuse. It was a six-page ramble of a letter, according to the author of Elvis, Albert Goldman.

The letter detailed The King’s feelings about the dangerous impact drug use was having on America’s youth and how he felt he could help as an “agent-at-large.”

In fact, the real reason Elvis wanted the appointment was that he was a fan of law enforcement and he believed that having a badge from the BNND (Bureau of Narcotics and Dangerous Drugs) would be a coup as an entertainer, and protect him from being arrested some day for drug possession.

Nixon met with the King and, according to Goldman, Elvis was high on a combination of drugs. Nixon, unaware of Presley’s issues, awarded him the badge. The President then presented Elvis with a pair of pins with the Presidential seal. Elvis, in turn, presented Nixon with a Colt .45.

The film marks the directorial debut of actor Cary Elwes (Princess Bride). According to the Hollywood Reporter, actor Danny Huston is in final negotiations to portray Nixon in the film.

What do you think of Bana’s casting in such an iconic role?