Darrell Hammond says he had a difficult time staying sober during his SNL days. 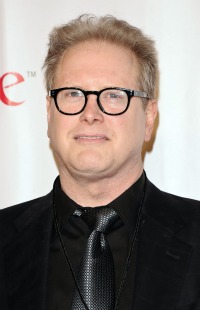 The television star and stand-up comedian, best known for his spot-on impressions of Bill Clinton, Al Gore and Dick Cheney during his Saturday Night Live years, reveals that he indulged in drugs and alcohol on the show, even when guests such as Sarah Palin, Donald Trump, Mick Jagger and Sting were on.

In his book, God, If You’re Not Up There, I’m F*cked, Hammond says that he kept a bottle of alcohol at his desk on the SNL set at all times and recalls the moment when he was escorted out of the NBC studios in a straightjacket, an all-time low moment for the actor.

“The drinking calmed my nerves and quieted the disturbing images that sprang into my head … when drinking didn’t work, I cut myself,” Hammond reveals in his book.

Recalling the 1998 incident when police officers took the comedian from the NBC infirmary to a New York-area hospital in a straightjacket, he writes, “My wife came, but I didn’t recognize her.”

“I’d started adding an obscene amount of cocaine to my binges… I had to be creative about how I did it without other people catching on or letting it interfere with the work. At least too much,” he added.

The now-sober Hammond also says that copies of the book have been sent to SNL offices, but adds that he didn’t write anything bad about his experiences with the show in the book — he’s simply just waiting to hear a reaction about the book from his former employers.