Jennifer Lopez fled the stage in tears at a concert over the weekend. What happened? 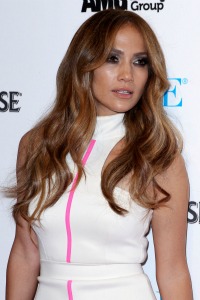 Is the strain of Jennifer Lopez’s divorce from Marc Anthony finally getting to her? The singer fled the stage in the midst of a love song Saturday night at a concert in Connecticut after barely keeping it together during the previous song.

The trouble started when Lopez introduced her hit “If You Had My Love,” originally released in 1999 when she was dating Sean Diddy Combs. “A lot has changed since then,” she said tearfully. Lopez launched into a dance interpretation of the last 12 years of her love life, with dancers meant to resemble Diddy, Chris Judd, Ben Affleck and Marc Anthony reenacting her relationships.

Later, when Lopez crooned “One Love,” she became so emotional she had to leave the stage to collect herself.

“After I sang the song, I’m standing there, and I realized that I did bare a little bit of my thoughts in this song,” the singer told Access Hollywood. “I also acted it out, kind of, for the audience. The way they received it was very touching.”

“I think that they felt what I felt, which is, you know, I’m just a girl, just like everybody else, trying to find my way,” she continued. “I felt like they got that, and they understood it, and we were all like one at that moment.”

“It was very, very touching. I think they felt that, and I felt it from them. It kind of overwhelmed me.”

Lopez and Anthony split in July. Since then, she is rumored to be moving on by dating Bradley Cooper.