Ashton Kutcher, who has kept a low profile since his cheating scandal broke several weeks ago, posted two new videos this weekend where he speaks candidly about honesty and truth, and his beloved Chicago Bears.

Ashton Kutcher has had a busy weekend. He has posted two videos since Friday, one wearing his wedding ring, one without, and talked about his beloved Chicago Bears as well as, surprisingly, his reportedly troubled marriage to actress Demi Moore. 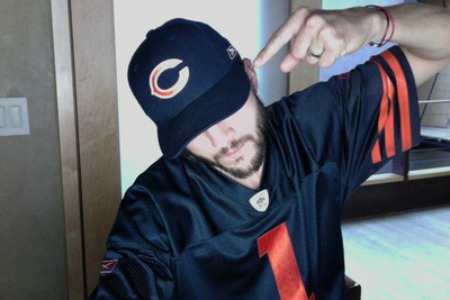 In two videos, posted on the social networking site Chime.in, Kutcher stared directly into the camera and asked his followers to follow the truth.

Said the actor, “There is no gatekeeper, we are our own editors and our own publishers and printers. And therefore, anyone can bastardize the truth in any way, shape or form they want and spread it all around the world.” Could it be he’s speaking of all the media interest in the state of his marriage?

Read the complete transcript of this first video here >>

It is also noted that in this particular video, he is sans wedding ring.

However, in the second video, made on Sunday, Kutcher seems to be deliberately wearing his wedding ring, and it is clearly visible as he points to his Chicago Bears hat, and speaks about his beloved team.

Said Kutcher, “I can BEARly wait… Sunday morning is hands down, by far, the best day of the week. The anticipation of the events to unfold on game day are unparalleled. I am one of those delusional people that absolutely believes my fandom will dictate the outcome of the game. And this fantasy that I allow to play out every Sunday is indeed the highlight of my week. GO BEARS!!!”