There are few men that you can use the words “dashing” and “handsome” about and still feel, shall we say, “animalistic” toward. Think: shirts ripping, buttons popping, hair mussed… okay, we’ll stop there. George Clooney is as exquisite as a vintage wine and as smart as he is sexy: He directed, produced, co-wrote and stars in The Ides of March, in theaters now. Simply put, the mere visage of this hot bachelor is a panty-dropper, and we like him that way. 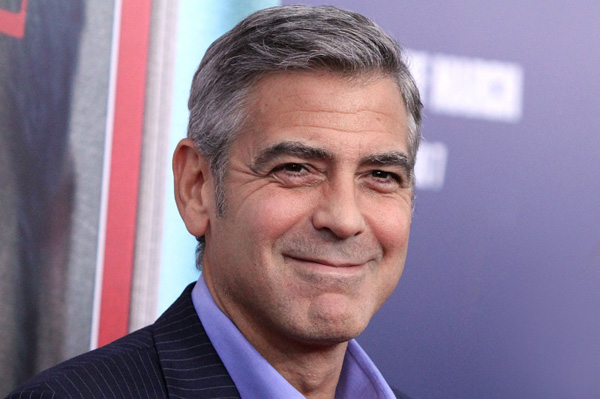 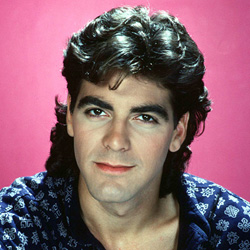 We love our fond memories of Clooney before he became a superstar with sexy sausage-fest Ocean’s 11 (oh, and he was Batman too, remember?): One of his first acting jobs was on the 1980s sitcom The Facts of Life, on which he played handyman George Burnett. Subsequent gigs included playing Roseanne Barr’s supervisor on Roseanne, a detective on Sisters and one-off appearances on shows including Murder, She Wrote and The Golden Girls (awesome). But his most memorable TV part was Dr. Doug Ross on ER, a character he inhabited consistently from 1994 to 1999. He also did a guest spot on the show during its last season.

Big screen or small screen, we’ll take our Gorgeous George any way we can get him! 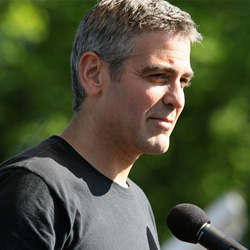 he Darfur conflict, 9/11, the Haiti earthquake and the 2004 tsunami are all causes that George has helped raise funds and awareness for. The Emmys took notice and awarded him the Bob Hope Humanitarian Award last year.

He told Parade last month about his latest cause — Sudan: “I’m… spending time working on the issues in South Sudan. Maybe there’s some of this fame spotlight I’ve got that I can use elsewhere. My days are filled doing a lot of emailing and coaxing. I find it’s liberating to do those kinds of things and not have to worry about my career anymore.”

Hey, we’ll obsess about your career, George! Particularly when you have a new project (or charity) on your radar.

He’s a director and a producer 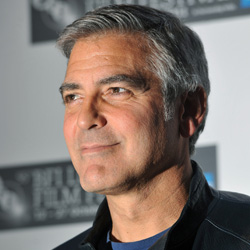 So far, Clooney has directed films including Confessions of a Dangerous Mind; Good Night, and Good Luck; Leatherheads; and now, The Ides of March. Before Confessions, he linked up with director Steven Soderberg to create a production company called Section Eight, which helped bring films like The Informant! and Far from Heaven to the big screen.

He once told Time about directing in the context of his past: “After Syriana and Good Night, and Good Luck I was offered… every issues movie,” Clooney says. “I didn’t want to be the issues guy because if the issues change, you’re done. The Facts of Life is a good example. If you’re a young heartthrob — which I never caught on as — those fans not only abandon you, but they’re embarrassed to have liked you. It’s the same thing with issues movies. I want to just be a director.”

He may not have caught on as a young heartthrob, but we think he’s done pretty well for himself in the pinup category! 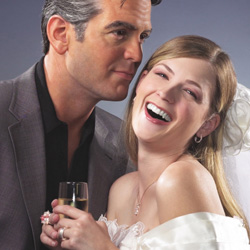 George Clooney was married to Mad Men actress Talia Balsam from 1989 to 1993 (she’s now married to silver fox John Slattery!). After that, he declared he’d never marry again (bummer), but he did start dating a string of hot brunettes, including British fashion model Lisa Snowdon, Fear Factor contestant Sarah Larson and Italian actress Elisabetta Canalis. Recently, he’s taken up with a blonde (!), former WWE wrestler and Dancing with the Stars contestant Stacy Keibler. They’re all tough acts to follow, but is it so wrong to fantasize about being next on the list? We think not.

Want to get even closer to Clooney? Madame Tussauds wax museum in Las Vegas has an exhibit in which you can don a wedding dress and “marry” a wax replica of George… wearing a sharp suit, of course.

Watch George Clooney on an episode of The Golden Girls (at about two minutes in).