Schweddy Balls ice cream can’t get any love from certain grocery store chains. At the root of the issue seems to be a group that has deemed the funny flavor “vulgar.”

Ben & Jerry’s Schweddy Balls ice cream is a pop culture creation loved by many, hated by moms. What’d Schweddy Balls ever do to moms you ask? Offend their sensibilities with its vulgarity. 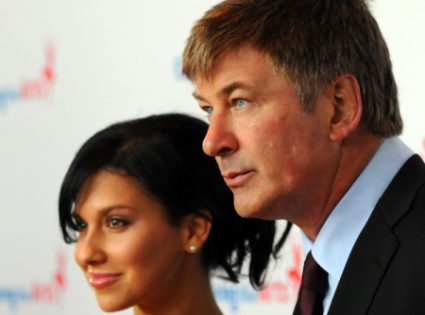 If you can’t find Ben & Jerry’s Schweddy Balls ice cream on your local store shelves, skip talking to your retailer and get in touch with the American Family Association group One Million Moms. They’re the ones who have called for a boycott of the limited-edition flavored inspired by a classic Saturday Night Live sketch featuring Alec Baldwin.

A letter on the group’s site reads in part:

Ben & Jerry’s announced their newest ice cream flavor which sounds anything but appealing. Schweddy Balls is the best they could come up with. The vulgar new flavor has turned something as innocent as ice cream into something repulsive. Not exactly what you want a child asking for at the supermarket.

In the past, Ben & Jerry’s has released controversial ice creams, like a special edition of Chubby Hubby called Hubby Hubby last year which celebrated gay marriage. It seems that offending customers has become an annual tradition for Ben & Jerry’s.

A spokesman for Ben & Jerry’s, the maker of such offending ice cream flavors, had this to say, “The name is irreverent, but we’ve always been about having some irreverence and having some fun … We’re not trying to offend people. Our fans get the humor.”

There is no official word on whether retailers who refuse to carry the tasty poor-taste flavor are bowing to pressure from the One Million Moms group, though something is keeping some retailers from ordering it and stocking their shelves.

Currently, the Schweddy Balls flavor of Ben & Jerry’s ice cream is only available in a third of stores selling their other flavors — nonetheless it has quickly become the company’s best-selling “limited-edition” flavor.

Do you want to see Schweddy Balls ice cream on your store shelves?