Joseph Gordon-Levitt has latched on to Quentin Tarantino’s latest film, Django Unchained. The 50/50 star is joining the slave-era drama that will pit him against serious Hollywood heavyweights. 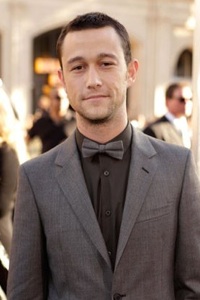 Joseph Gordon-Levitt is the man of the hour. The talented actor has snagged a role in Quentin Tarantino’s high profile drama Django Unchained. The film is headlined by his Inception co-star Leonardo DiCaprio and Oscar winner Jamie Foxx, which puts him in great company.

Variety reports that Gordon-Levitt is in serious talks to join Unchained, which is scheduled to start shooting in January. The only thing that could keep the actor from signing on the dotted line is his schedule. Gordon-Levitt is one of the most in-demand actors in his age group and he has several projects that could derail his involvement. Luckily, insiders claim he has every intention of doing the film and making it work.

Django Unchained is a period piece that centers on a ruthless plantation owner named Calvin Candie, who captures the wife of slave-turned-bounty hunter Django (Foxx).

Who will Gordon-Levitt play? That’s a question that has yet to be answered. There are only a few roles the actor could fill with, the most obvious being Scotty Harmony. He’s a shy, 24-year-old who becomes the owner of Django’s wife Broomhilda. Gordon-Levitt has amazing range and even though he’s 30, he can still pull off a young, twenty-something. Aside from DiCaprio, Foxx and Gordon-Levitt, the rest of the cast includes plenty of Tarantino favorites like Christoph Waltz and Samuel L. Jackson.

Gordon-Levitt most recently appeared in the cancer dramedy 50/50 (currently in theaters), which he’ll follow-up with next year’s Premium Rush and the long-awaited The Dark Knight Rises.

Django Unchained is scheduled to open in December 2012.