Elizabeth Olsen is Hollywood’s new indie darling. The actress headlines the film Martha Marcy May Marlene, earning rave reviews and could possibly be an early contender for next year’s Oscars.

The independent drama Martha Marcy May Marlene starring Elizabeth Olsen opens this Friday. The actress is receiving a lot of positive buzz for her performance, which has already earned her a Gotham Award nomination for Breakout Actor. 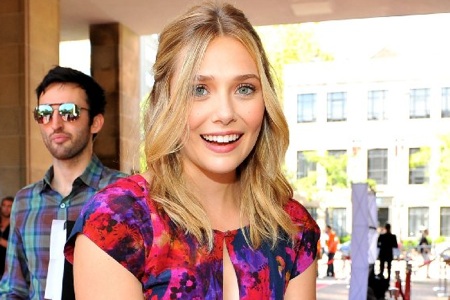 Olsen’s last name and familiar face are hard to ignore. The 22-year-old is the younger sister of former child stars and business titans Mary-Kate and Ashley Olsen. Instead of taking the easy route and trading on her family’s name, the actress has earned her stripes with her serious acting chops.

Olsen landed the lead role in Sean Durkin’s Martha Marcy May Marlene, in which she plays a young woman crippled by fear and anxiety after escaping a cult. She attempts to re-assimilate into society but suffers several emotional and mental setbacks along the way.

In CNN’s review of the film, Tom Charity wrote, the movie “stands or falls on Martha/Marcy May, and Durkin hit paydirt in casting Elizabeth Olsen.” He continued, she “is sensationally good, flipping between the innocent, impressionable beguilement of Marcy May (as Patrick rechristens her) and Martha’s crippling, bed-wetting anxiety and anger.”

Olsen is receiving an early Oscar push for her role, which would truly set her apart from her famous sisters. Elizabeth Olsen wasn’t on Full House, she doesn’t have her own fashion line, but she could have an Academy Award on her mantle. Only time will tell.

Martha Marcy May Marlene is currently playing in limited release.