The yet-to-be officially revealed cast of Celebrity Apprentice 5 was seen on the streets of New York City, selling sandwiches and trying to raise money for their respective teams during filming of the popular reality show.

Related story This Description of Ivanka Trump's Face After Talking With Dad Donald Trump on Jan. 6 Will Stay With You 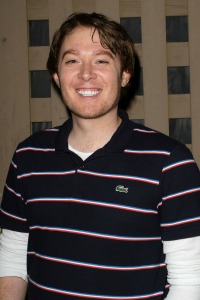 It was a major “whoops” for NBC who wasn’t planning on revealing the stars yet, but the cast for Donald Trump’s Celebrity Apprentice 5 was inadvertently outed during filming of the reality show on the streets of New York City.

Former winners of the reality show, whose male contestants can put the cattiest of females to shame, have been Poison frontman Bret Michaels, businesswoman and comedienne Joan Rivers and singer/songwriter John Rich.

The female cast was reportedly in midtown Manhattan, according to EW.com to try out their sandwich-making skills on unsuspecting passers-by.

The show’s premise has stars, working to raise money for their charities, coming up with and executing money-making plans as a team — with the lowest-scoring group seeing one of its members eliminated. The show’s popularity is based on seeing celebrities taken out of their sometimes self-centered comfort zones and made to work together for a common goal.

The sandwich offerings for this challenge were the $100 “Hot Blooded Housewife Hoagie” and Debbie Gibson’s “Teen Dream” grilled cheese for a mere $20. Tia Carrere was working on the register. No word on who actually won the challenge.