Director John Singleton says Paramount Studios failed to uphold their end of a contract signed in 2005 and is taking the studio to court for $20 million. 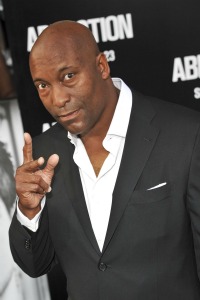 Veteran Hollywood director and producer John Singleton is suing both Paramount Pictures and MTV Films, claiming fraud and breach of contract in a deal signed in 2005.

The complaint, filed Wednesday in Los Angeles, claims that the studios in question failed to uphold an agreement connected with the distribution rights to the 2005 film Hustle and Flow. The complaint says Paramount stated they would finance and distribute future John Singleton projects within five years, but when Singleton submitted the projects, the studios added restrictions.

In a statement released Wednesday, a representative from Paramount said it “was hoping that John Singleton would produce two more pictures before his agreement with our studio ended in 2010, but that did not happen. Instead, he went on to direct Abduction (starring Taylor Lautner) for Lionsgate.”

According to Martin Singer, an attorney for the director, “For Paramount to try to make his work on that film an issue now,  having never raised it before, is typical of the lengths to which the studio will go in its desperate attempt to evade its legal and moral responsibilities.” He also claimed that the director’s work on Abduction began once his contract with Paramount expired.

John Singleton has been an influential director in Hollywood for years, but his beginnings were not as auspicious. Singleton came from a divided home and always felt education was the only way to succeed. He sold his first screenplay for the breakthrough Boyz n the Hood in 1991, one year after graduating from the University of Southern California, for $7 million. He is the youngest person ever to receive an Academy Award nomination for both Best Director and Best Original Screenplay at the age 24 for Hood in 1991.