Orlando Bloom spilled the details of his intimate clothing choices while filming his latest flick The Three Musketeers, during a revealing interview with Chelsea Handler on her eponymous talk show.

Get Orlando Bloom in the right venue and he is not shy about revealing personal details. During an appearance on Chelsea Lately, he spilled some secrets about his personal undergarment choices during the filming of his latest film, The Three Musketeers, in theaters Oct. 21. 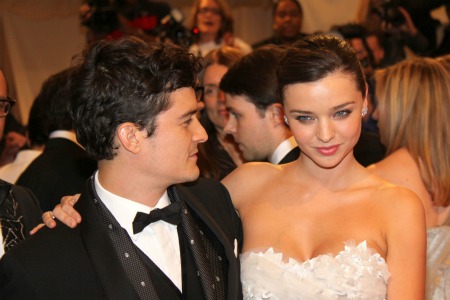 Said Bloom to host Chelsea Handler, “You should have seen my boxer shorts, they were purple and silky. I had this idea that the character (Duke of Buckingham) indulged in the finer things in life so his [expletive] had to be really well-protected. I’m more of a commando man myself.”

Another thing Bloom loves to talk about is being a father to adorable son Flynn Christopher with wife Miranda Kerr.

Said Bloom, “I absolutely love being a dad because he is a happy baby. He is a great traveler.”

He continued, “I watched the whole delivery. It was long, 27 hours. Miranda was amazing. It’s quite a life changing thing to see someone go through so much pain.”

After some time when the two did not reveal what they chose to call their beautiful baby boy, the Australia Daily Telegraph spilled the beans that the two decided on Flynn Christopher Blanchard Copeland Bloom. The name Christopher came from Miranda’s first love, a high school boyfriend who died tragically in a car accident.

Said Kerr about her choice, “After he died I wrote him a letter that said I hoped to name my first child after him in some way. I told Orlando, and he was the one who said he’d be happy to do that. Orlando’s a good guy.”