John Travolta’s request to reserve a table at a British KFC was refused. What happened? 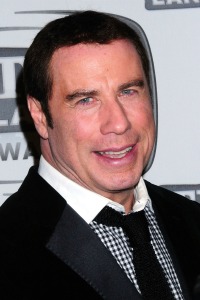 John Travolta might be able to land a table at the hottest restaurant in Hollywood, but there is one eatery in England that wanted nothing to do with him.

The actor, rumored to be playing John Gotti Sr. in the upcoming mob flick Gotti: In the Shadow of My Father, was visiting West Sussex in Great Britain over the weekend while attending a Scientology event when he got the munchies.

Travolta had a desperate hankering for KFC — so his assistant did what any big shot assistant to the stars would do and called the local fast food franchise for a reservation.

The request was soundly denied and Travolta was told he would have to stand in line for his fried chicken like anyone else.

“To me, customers are customers, no matter who they are. It doesn’t make a difference if someone is famous,” the unnamed employee told The Daily Mail.

“The lady who called didn’t give me her name, she just said it will be for a Mr. Travolta. That threw me a little bit. I thought it might be a load of nonsense, but she seemed pretty serious.”

It is unknown if the assistant just picked up the delicious greasy treat for the actor.

A spokesperson for the restaurant chain said, “In hindsight, of course, we would have reserved a table for him.”

“It’s not every day you get a Hollywood star eating in your restaurant.”