Another reality television couple might be on the verge of splitting up. 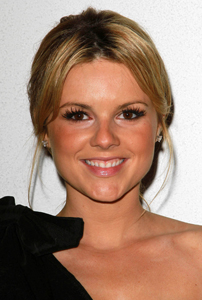 This shouldn’t come as a surprise to anyone. Bachelorette couple Ali Fedotowsky and fiancé Roberto Martinez have called off their wedding plans, according to the couple themselves.

After one year of planning for the big day, the couple now says they have no immediate plans to walk down the aisle, even though they still remain together.

Just last year Martinez popped the question to Fedotowsky on national television and they have since been spotted putting on some major public displays of affection at almost every celebrity event they’ve attended.

Fedotowsky now says the couple has decided not to tie the knot as they’ve been feeling “too much pressure” from the media to get married.

“When we actually did have a date that worked for us [last August], I found out I had to have knee surgery. No wedding is simple, but this wedding is even more complicated,” she says.

But could there already be trouble in paradise? Fedotowsky insists that there isn’t and that the couple just needs more time to get to know each other after their whirlwind romance.

“We had a very short courtship and we only knew each other nine weeks before we got engaged,” she added. “We are still figuring out our lives as individuals.”

While we wish the couple all the best, we wouldn’t be surprised if there is a split announcement made in 3…2…1…