Rihanna has debuted a new video for her song “We Fell in Love” featuring a Chris Brown look-alike — and scenes that will remind fans of their violent relationship. 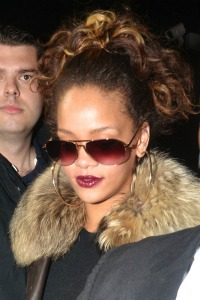 Rihanna is shocking fans once again, this time with a video that echoes her violent relationship with ex-boyfriend Chris Brown.

The video for “We Found Love” features a love interest who bears a striking resemblance to Chris Brown, as well as scenes that mirror their dating life — including its violent end.

The piece starts with a monologue from Rihanna very similar to the one at the beginning of the movie Trainspotting:

“I saw you screaming when no one can hear. You always feel ashamed that someone could be that important… that without them, you feel like nothing. No one will ever understand how much it hurts. You feel hopeless, like nothing can save you. Then when it’s over, when it’s gone, you almost wish you could have all that bad stuff back, so that you can have the good.”

The love interest has dyed blond hair, much like Chris Brown often sports, and the pair is seen kissing in a fast food restaurant — mimicking the first paparazzi photos the world saw of the couple at the beginning of their relationship. They are also seen doing drugs, drinking, shoplifting — and fighting.

In one shocking part the pair is fighting inside of a car and the boyfriend grabs Rihanna’s face — a scene that eerily mirrors the details of the beating Rihanna took at the hands of Chris Brown.

As the violence escalates, the boyfriend even pins a crying Rihanna on the couch and tattoos the word “MINE” across her buttocks.

Now Rihanna is rumored to be dating her video costar Dudley O’Shaughnessy, the dead ringer for Chris Brown. Media Take Out has pictures of the new couple together in Europe.