A legendary entertainer is none too pleased about the pop star who she says is copying her look. 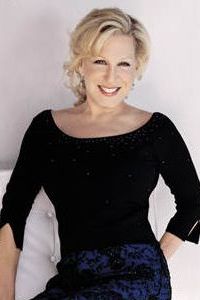 Bette Midler is not one to shy away from controversy and likes to tell it like it is. The singer and performer lashed out at chart topper Lady Gaga over the summer for copying her “mermaid” routine and is now insisting that the Born This Way singer buy her wardrobe.

The 65-year-old icon is auctioning off her stage wardrobe and is insisting that Gaga “have what she wants.”

“I think she (Gaga) should go for a real wheelchair and a real fishtail because these are really beautiful. They are decorated and hand-beaded,” Midler told the Associated Press in an interview.

“I hope she buys at least a little bit. It would be fun. There are so many wonderful ideas and so much of it. So much of it is so funny.”

“If she is interested, she can have whatever she wants because she is a very talented girl and I love her a lot,” Midler added.

Midler wasn’t so kind in her words towards Gaga back in August when she took to her Twitter account to express her thoughts over the young singer’s Australian performance in which Midler accused Gaga of copying her “mermaid in a wheelchair” routine.

“Dear @ladygaga I’ve been doing singing mermaid in a wheelchair since 1980-You can keep the meat dress and the firecracker tits, mermaid’s mine,” Midler tweeted.

We’d have to admit, Midler is right. Gaga’s copy and paste routine is beginning to get old.