What does Heidi Klum have to do with the exotic animal massacre in Ohio? Find out about her surprising connection.

Quiet Zanesville, Ohio, went from peaceful to chaos after resident Terry Thompson — fresh out of prison on weapons charges — released his 56 exotic animals into the town before killing himself. 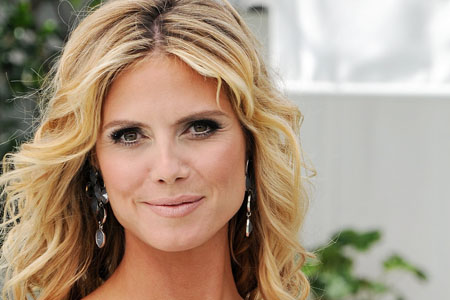 Law enforcement officials ended up killing 49 of the animals and capturing six. One remaining animal — a monkey — is still unaccounted for, though area officials believe another animal may have killed it. Legendary animal expert Jack Hanna said that law enforcement had no other choice in order to save human lives.

The animals included several Bengal tigers, an endangered animal with only about 2,000 remaining in the world. Thompson — well-known to authorities for his numerous animal neglect violations — even lent out his cubs for photo shoots. Project Runway creator Heidi Klum was one of those who posed with one of his tiger cubs.

“I wrote a letter to Heidi Klum’s people,” Larry Hostetler, executive director of the Animal Shelter Society of Muskingum County, Ohio, told CNN. “I strongly voiced my opinion that if they’re going to hire animals for entertainment, they might want to check handlers’ backgrounds — that Terry Thompson had been convicted of animal cruelty.”

“Of course, I never heard anything back,” he added. Klum hasn’t spoken publicly about the accusations — though it’s unlikely Klum had any idea about the cub’s home life.

Other celebrities — including champion boxer Mike Tyson, the late King of Pop Michael Jackson and Paris Hilton — have purchased exotic animals as pets. Tyson even claimed to have sparred with his animals before giving them away when he filed for bankruptcy.

Hilton purchased her tiger cub after winning $5K in Las Vegas. She eventually gave him away because he got too big for her to handle.

“If it ever got loose I’d be in so much trouble,” she said of her reason for relinquishing the animal.

Should anyone — other than a zoo — be allowed to own exotic, wild animals?

Read on for more Heidi Klum