A judged denied bail to a former doctor that admitted to stalking country singer Shania Twain. 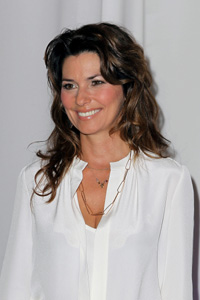 A man who admitted he had stalked country superstar Shania Twain had an outburst in court when the judge “quite reluctantly” denied the man bail, requiring him to stay in jail until his November 15th court date for sentencing.

Giovanni Palumbo, who is a former doctor, reportedly swore under his breath before yelling at the court.

“You know you’re all very sick, you really are — it’s so sad,” Palumbo said, who pleaded guilty to criminal harassment and failure to comply with a court order. “Have fun, because I’m going to keep having fun, wherever I am. … What a bunch of psychopaths. Woo hoo. Shame, shame, shame. Shame on all of you”

A psychiatric evaluation had diagnosed the man with bipolar disorder and narcissistic personality disorder, however had concluded that he was criminally responsible for his actions.

The judge decided to keep the former surgeon in jail because “some degree of supervision” was necessary before he was released, however no one in his family had come forward to take care of him.

“Nobody at this juncture wants to see Mr. Palumbo in custody unless it’s demonstrably necessary,” said the judge, after the man’s attorney said he has already done more time than he should have.

Twain testified in the case in September through a video and talked about how the man had stalked her at her family cottage, at the Juno Awards and had sent her letters to her homes in Ontario and Switzerland.

Palumbo was also arrested in 2009 for stalking Twain, however the charges were dropped when Twain did not appear in court to testify.