Jon Bon Jovi has opened a restaurant that allows people to pay what they can for a meal — in exchange for volunteerism. 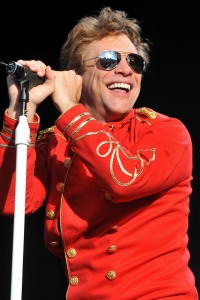 Jon Bon Jovi thinks everyone should eat well, even when they can’t afford a good meal — without the stigma of going to the soup kitchen. The Bon Jovi front man opened up a restaurant where people can do just that.

Soul Kitchen is a “pay what you can” restaurant opened by Jon Bon Jovi and his wife Dorothea where the hungry can order whatever strikes their fancy off of a menu with no prices. If customers have the ability to pay for their meal, they are encouraged to leave however much money they can in an envelope of the table.

The rocker opened the restaurant in conjunction with the Jon Bon Jovi Soul Foundation, which has built over 260 homes for low-income New Jersey residents.

“With the economic downturn, one of the things I noticed was that disposable income was one of the first things that went,” Bon Jovi told The Associated Press. “Dining out, the family going out to a restaurant, mom not having to cook, dad not having to clean up — a lot of memories were made around restaurant tables.”

“When I learned that one in six people in this country goes to bed hungry, I thought this was the next phase of the Foundation’s work,” he said.

In addition to the restaurant, Bon Jovi and his wife operate the Lunch Break program, feeding 80 to 120 people a day. This new venture removes the stigma of going to a soup kitchen and offers people volunteer opportunities in community projects as a way to pay it forward.

“This is not a soup kitchen,” Bon Jovi emphasized. “You can come here with the dignity of linens and silver, and you’re served a healthy, nutritious meal. This is not burgers and fries.”

“There’s no prices on our menu, so if you want to come and you want to make a difference, leave a $20 in the envelope on the table. If you can’t afford to eat, you can bus tables, you can wait tables, you can work in the kitchen as a dishwasher or sous chef,” he said. “If you say to me, ‘I’m not a people person,’ I say, ‘That’s not a problem. We’ll take you back to Lunch Break to volunteer with those people. If you don’t want to volunteer with that, we’ll take you to the FoodBank.”

Every time you volunteer, you get a certificate good for one free meal at Soul Kitchen.

“If you come in and say, ‘I’m hungry,’ we’ll feed you,” Bon Jovi said. “But we’re going to need you to do something. It’s very important to what we’re trying to achieve.”

“This is not an entitlement thing,” Bon Jovi said. “This is about empowering people because you have to earn that gift certificate.”

What’s next for the rocker? He’s busy recording the band’s next album, due in 2013.