Ricky Gervais is under fire for offensive tweets about Down syndrome. What did he write?

Comedian Ricky Gervais is no stranger to controversy, but some are saying the star has gone too far this time. Gervais posted a series of “jokes” on Twitter seemingly mocking people with Down syndrome, sparking fury amongst the disabled community. 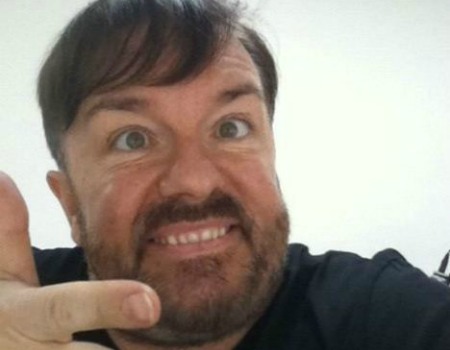 Making frequent use of the derogatory term “mong,” Gervais posted the tweets along with photos of himself making faces he meant to resemble people with Down syndrome.

“Night night monglets Putting the cat on recharge then off to bed,” Gervais wrote in one.

“Two mongs don’t make a right” and “Good monging everyone” are two other examples of Gervais using the term to add fuel to the fire of controversy.

Nicky Clark, a campaigner with People Not Punchlines who has two daughters with Down syndrome, took great exception to Gervais casually tossing around the derogatory term for laughs.

“My children get abuse hurled at them on the streets,” she said. “They have had people shout this word at them and call them retards. If you use a word relating to disability as an epithet for something stupid or foolish then you are compounding the problem.”

“This isn’t irony and it’s not his word to reclaim,” Clark continued. “If he can’t apologize I want him to stop using it. His fanbase are now using the word to attack me and others who have criticized him on Twitter. A new generation who didn’t even know this word are using it abusively, and that’s bullying.”

Gervais refuses to back down from his comments, saying “mong” is a commonly used term, even by families of disabled people and people with Down syndrome themselves. Gervais even tweeted, “The humourless PC brigade have been out in force trying to influence the vote with ill informed negative comments.”

But Penny Green, the director of the Down’s Heart Group charity in England, soundly tried to put Gervais in his place.

“He’s saying the word’s meaning has changed, but that’s not correct,” Green said. There are some people who will still use the word in an offensive way.”

“He has been totally insensitive to people with Down’s syndrome and their families and friends, and people are incensed. It’s not the first time a comedian has chosen to ignore disabled people who have been hurt by them saying that this sort of comment is acceptable. If this was a racial slur, there would be an outcry. Gervais is in the public eye and he’s setting a bad example.”

Tell us: Is Ricky Gervais out of line?