Christina Applegate wants to help Giuliana Rancic get through her battle with breast cancer. 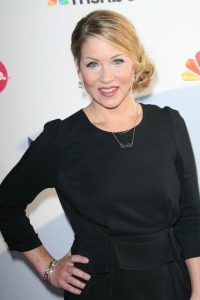 Up All Night star Christina Applegate says she is more than happy to be a shoulder to lean on for the E! News host, after Giuliana Rancic was diagnosed with breast cancer.

Applegate, who successfully battled the disease herself after undergoing a double mastectomy in 2008, says she knows how devastating the diagnosis can be — and she is there if Giuliana needs her.

“I know what that phone call sounds like and feels like,” the 39-year-old Applegate told E! News. “I hope she knows that I’m here if she wants to ever talk about it.”

“I don’t want to publicly say anything to her about it, because it’s a private matter,” Christina said. “But I know this whole journey. And so, if she needs me, I’m here.”

Applegate was declared cancer-free after her double mastectomy. “My decision, after looking at all the treatment plans that were possibilities for me, the only one that seemed the most logical and the one that was going to work for me was to have a bilateral mastectomy,” Applegate told Good Morning America at the time. “So basically I had prophylactic double mastectomies.”

“I didn’t want to go back to the doctors every four months for testing and squishing and everything. I just wanted to kind of be rid of this whole thing for me. This was the choice that I made, and it was a tough one.”

Catch Christina Applegate on the hit comedy Up All Night Wednesdays 8/7 Central on NBC.