The Dark Knight Rises is hitting theaters a lot earlier than expected. A segment from the comic blockbuster will debut in front of IMAX screenings of Mission Impossible Ghost Protocol.

Christmas might come early for diehard Batman fans. Audiences could get a sneak peek at Christopher Nolan’s The Dark Knight Rises this December when they see Tom Cruise’s latest, Mission Impossible Ghost Protocol. 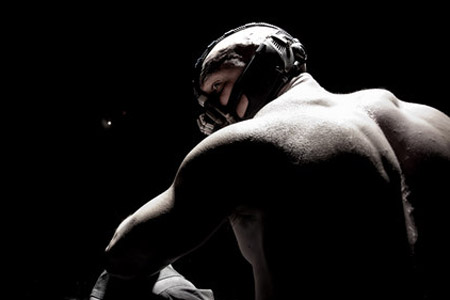 Bruce Wayne and Ethan Hunt are a match made in movie heaven. According to Slashfilm, an anonymous exhibitor notified them of Warner Bros.’ secret plan to screen the first six to eight minutes of The Dark Knight Rises alongside Mission Impossible Ghost Protocol. The studio has yet to confirm the story, but several sources are claiming that it’s true.

The footage from The Dark Knight Rises will appear exclusively alongside IMAX prints of Ghost Protocol. The IMAX version of the film is set to open five days before its conventional theater release. This makes the extra ticket price a worthy investment. With the IMAX cut, viewers get a sneak peek at Rises as well as an early screening of Protocol.

In 2007, before the highly anticipated release of The Dark Knight, Warner Bros. attached the film’s opening sequence to the Will Smith thriller I Am Legend. It gave audiences their first taste of the film’s darker tone and its new villain, the Joker. Could the new prologue include our first look at Bane or Catwoman? Or will it explain what Batman’s been doing over the past four years? The possibilities are endless.

Mission Impossible Ghost Protocol opens in IMAX (with the prologue) Dec. 16 and in conventional theaters Dec. 21.