There’s a new hot couple in town, and they’re ready for their close-up. 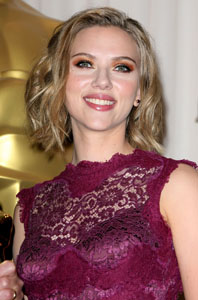 It looks like big screen actress Scarlett Johansson has rebounded after her divorce from actor Ryan Reynolds and has moved on with a new guy in town, Inception star Joseph Gordon-Levitt.

According to Us Weekly magazine, the new couple have been enjoying each other’s company on date nights out on the town while in New York City.

Both Johansson’s and Gordon-Levitt’s publicists have been keeping mum about their relationship, even though the two actors have been spotted spending time together in the past few weeks.

And not to be outdone, Johansson’s ex-husband Reynolds is reportedly dating Gossip Girl Blake Lively while they are both shooting projects in Boston. Sources say the couple have been hot-and-heavy ever since Lively broke up with that other Inception star, Leonardo di Caprio.

The two Green Lantern co-stars, Reynolds and Lively, were spotted having a private dinner at French restaurant Mistral Bistro in South Boston.

Johansson, who recently opened up about her divorce from her Canadian ex-husband Reynolds, revealed that she battled depression during their post-divorce period and that her family and friends helped her get through her difficult time.

The Avengers actress told Gala magazine, “At first I was quite depressed. After about a week or so I pulled myself together and started to go to the gym all the time.”

“Luckily, I’ve got a few very close girlfriends who have been by my side for 15 years now, who I can talk to about everything and confide in,” she added.

Despite their painful break-up, the ex-couple seems to be back on friendly terms, which is a rarity in the celebrity world. Eyewitnesses spotted Johansson and Reynolds together recently at a Radiohead concert at New York City’s Roseland Ballroom.