Justin Bieber has released the video for his Christmas song Mistletoe. See it here on SheKnows! 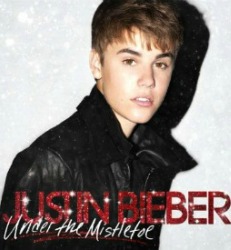 Maybe it’s not even Halloween yet, but that doesn’t mean you shouldn’t be dreaming of Christmas already — at least, not according to the music industry. Teen idol Justin Bieber premiered his video for Mistletoe and we have it!

Bieber broke the news of the MTV world premiere on Twitter.

“Here it is!! Glad you guys are liking it. The World Premiere of the #MISTLETOE Music Video!!! enjoy,” he wrote.

Featuring a Selena Gomez look-alike as his love interest, the video follows Bieber and his lady friend as they walk down a snowy street and end up at a party together dancing — you guessed it — under the mistletoe. Of course, a mystery blonde throws a monkey wrench into their romantic night, but not for long.

The ecstatic response from fans should help take the teen’s mind off Bieber’s BET diss. The hip hop channel would not allow him to rap during an awards show because he wanted to use someone else’s rhymes.

The song is from Bieber’s upcoming holiday album Under the Mistletoe, on sale Nov. 1. It will include a duet with Mariah Carey remaking her classic 1994 holiday tune All I Want for Christmas Is You.

“#UnderTheMistletoe #Nov1st – this is not your normal Christmas album,” Bieber tweeted.

“I’m so excited!!!! Can’t wait till it is released and everyone can hear how amazing it is. $1 of every album sold goes to CHARITY!”

Justin Bieber gets his own Sesame Street puppet

Justin Bieber wants to settle down