Reese Witherspoon says Jennifer Aniston gave her some stellar career advice back in the day — and that the actress is the kind of girl everyone wants to be friends with. 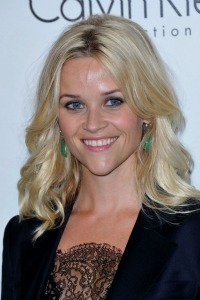 Quick, name two actresses you’d want as your BFF. Reese Witherspoon and Jennifer Aniston were probably at the top of your list, right? Both are gregarious, funny and relatable on screen, and that’s why they’ve had lucrative careers.

Now Reese Witherspoon reveals that Jennifer Aniston is like that in real life, too — and even shared some sweet career advice the Horrible Bosses star once gave her.

Back in 1999 Witherspoon was guest starring on Friends as Aniston’s sister, and everything was not going so smoothly. In fact, the Legally Blonde star says she almost got fired — but Aniston saved her skin with sage advice.

“In all my enthusiasm, I completely forgot something crucial… I had never been on television (or) in front of a live audience ever in my entire life. And I panicked! I totally froze! I couldn’t remember my lines and the writers were yelling… I just stood there absolutely completely frozen,” Witherspoon revealed at ELLE’s Women in Hollywood gala.

“[She said,] ‘Hey, are you Ok? You’re kind of freaking me out! You’re going to make a mistake and you’re going to flip your line and whatever — and the audience is going to love it. Don’t try to be perfect, just try to be yourself.'”

“That’s the story that sort of captured Jen the best for me,” Witherspoon said. “On one hand, she is this gorgeous breathtaking beauty that men lose their thought process and their speech patterns (over). I’ve actually seen this, it’s incredible when they see her. And, on the other hand, she is a woman who lets you in.”

“There’s not that many people actually that have this incredible combination of sex appeal and complete love-ability. You just want to get your nails done with her, and you want to make out with her at the same time… at least I do!”

57 mins ago
by Daisy Maldonado