Chord Overstreet may head back to Glee for season 3 of the popular show. 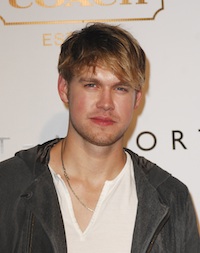 Glee fans will be happy to hear Chord Overstreet is in serious talks to return to the show. Sources claim Sam, Overstreet’s character, could return to William McKinley High as early as sectionals, which is about in the middle of the season.

Overstreet was offered a contract for Season 3 from but turned it down. Producers decided back in the spring of 2011 to make Chord’s character a recurring role but not a series regular. Overstreet was unhappy about the smaller part and decided to take his chances with his music career.

“It’s something I have a huge passion for. I did a lot of thinking and felt like it was a good time to work on my album and focus on that avenue of my career. They offered me the chance to come back for a few episodes, but there was nothing guaranteed so I decided to dive into the music thing. And that’s been my priority.”

Since season two of Glee wrapped up in May 2011, Chord’s music career hasn’t exactly worked out as planned — he remains unsigned. His acting career didn’t fare much better with a single spot on ABC’s The Middle.

Producers were not expecting Overstreet to turn down their offer, but wished him well. In July at Comic-Con, executive producer Brad Falchuk elaborated.

“We did invite him back for a portion of the season, to see if being a regular was a possibility. But he declined the offer, which we were really disappointed by. We wanted him bad because we like Chord personally and had some good stories planned for him and Mercedes. He decided he would have opportunities elsewhere that he would like to pursue, and we can’t force him to work, so we wished him well.”

Now it looks like Overstreet has realized his other opportunities were not as lucrative as he once thought. No word yet from either side on if the contract will be finalized, but fans remain hopeful that Chord Overstreet will return to Glee.