Brad Pitt says he still wants to add to his family, despite already having six kids. 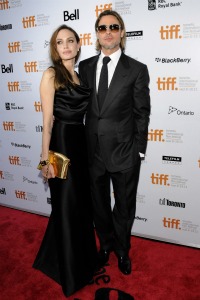 Moneyball actor Brad Pitt says he’s open to having more children with partner Angelina Jolie, even though the couple already has their hands full with their six kids.

According to Britain’s OK magazine, when asked if he’s ready to have more kids, Pitt said, “Probably. Most likely. Parenthood is the greatest and more important endeavor of my life. Why stop at this point?”

Pitt also had words of praise for his girlfriend of six years, Jolie. “She’s level-headed and bright, and incredibly decent — all great character traits. And she’s an amazing mom to all of the kids.”

The Hollywood hunk and Jolie have three adopted children — Maddox, 10, Pax, 8, and Zahara, 7, — as well as three biological children — Shiloh, 5, and twins Knox and Vivienne, 3.

Just last month Pitt stirred up controversy from comments he made in an interview with Parade magazine about his marriage to actress Jennifer Aniston, suggesting that he was unhappy during their relationship, and even comparing it to his current lifestyle with Jolie, which he says is more fulfilling.

Pitt later retracted his comments, apologizing to Aniston and stating that his comments were taken out of context.

Despite this, he also said that he was happy he found the mother of children in his life. In the interview, he said, “I put much more emphasis on being a satisfied man. I’m satisfied with making true choices and finding the woman I love, Angie, and building a family that I love so much.”